What would you do if you had an extra $100 today? Most people would probably spend it on something fun, like dinner out or a new outfit. But what if you could make that $100 grow into something much more valuable? Believe it or not, if you invest in Bitcoin today, you can turn that $100 into over $1,000 in just a few years! In fact, if you had invested that same amount in January of 2015, you would only have more than $10,000 today. Judging by its history, there is no telling how much you would have in five years if you invested $100 into Bitcoin today. However, it definitely won’t be a smaller amount.

Bitcoin is a decentralized digital currency, without a central bank or single administrator, that can be sent from user to user on a peer-to-peer network without the need for intermediaries. Transactions are verified by network nodes through cryptography and recorded in a public distributed ledger called a blockchain. Bitcoins are created as a reward for a process known as mining. They can be exchanged for other currencies, products, and services.

The Bitcoin network relies on private and public keys to manage user wallets and transfers. Private keys serve to verify a user’s ownership of their wallet and authorize transactions. Meanwhile, a public key also referred to as an address, is how users on the network can identify each other and send transactions. Because public keys are a random series of numbers and letters, it is impossible to say who the real owner of a wallet is.

As of February 2015, over 100,000 merchants and vendors accepted bitcoin as payment. Bitcoin is often called the first cryptocurrency, although prior systems have existed. Bitcoin is more correctly described as the first decentralized digital currency. It is the largest of its kind in terms of total market value. Bitcoin is also the most widespread among the cryptocurrencies.

As of May 2018, daily transaction numbers for Bitcoin exceeded 300,000. This number represents a huge increase from the 30,000 per day transactions in 2016. The high volume of daily transactions is evidence that Bitcoin is being widely accepted as a digital currency. However, it’s important to keep in mind that the value of Bitcoin can fluctuate greatly from day to day. So, if you’re thinking about investing in Bitcoin, it’s important to do your research and be prepared for the potential risks.

When it comes to investing in cryptocurrencies, there are a few things you need to keep in mind. First of all, cryptocurrency prices are highly volatile, so you need to be comfortable with the potential risks. Second, you need to have a clear understanding of what you’re investing in. Bitcoin, for instance, is a fairly well-known cryptocurrency, but there are hundreds of others out there. Make sure you are familiar with the crypto market as a whole. While you might not be investing in any other tokens, they can have an effect on general prices.

That being said, Bitcoin is still king in the crypto space. The number one crypto has maintained a price of over $40,000 for several months now. There have been occasional short dips below that, but in general, the price has remained stable.

Finally, don’t invest more than you can afford to lose. Cryptocurrencies are a risky investment, so only invest what you’re comfortable losing. With that being said, investing in cryptocurrencies can be a lucrative way to make money. If done right, you could see some serious returns on your investment. Just make sure you’re aware of the possible risks and stay smart about your investments.

Bitcoin’s price of well over $40,000 per token can make it a bit intimidating for many newcomers and smaller investors. However, you should not let this trouble you. The crypto’s developers knew that such issues could arise and planned for them accordingly.

Here, you will be faced with the same dilemma that every investor is confronted with. How much do you want to put in? A bigger investment means a larger potential payout. However, it also exposes you to greater risk and can result in more lost funds if things don’t pan out. A good rule of thumb is to invest only as much as you feel comfortable losing.

What Would Happen If You Invested $100 Into Bitcoin Today?

Bitcoin’s price continues to be highly volatile to this day. While it has reached astronomical heights, BTC still fluctuates on a daily basis. However, this is characteristic of all cryptocurrencies and cannot be avoided when investing in the sector.

As a result, no one can predict for certain what will happen if you invested $100 in Bitcoin. However, judging by previous prices and the currency’s history, it should be a very good investment over the long run.

For example, an investment of $100 in Bitcoin at the beginning of 2020 would have resulted in a return of $560. While not that large a number, a return of over 400% in just two years is almost impossible to find elsewhere.

Going a bit further back, the same amount invested in 2017 would translate into $4100 today. That’s a 4123% return in just five years. These are unprecedented figures that you will not find in any other sector.

While chances of Bitcoin continuing on such a meteoric rise in the future are slim, the crypto will surely continue to go up, even if at a more moderate pace.

Bitcoin’s Price For The Past Year

How Much Can You Lose If You Invest $100 In Bitcoin?

Investing in Bitcoin, like all investment ventures, can result in you losing money instead of gaining it. However, many new investors wonder exactly how much they could end up losing before getting on board the crypto train.

As we mentioned earlier, the crypto market can be a bit more volatile than its more-traditional counterparts. While Bitcoin is less susceptible to the wild swings we see among the smaller altcoins, it is not impervious to drastic changes.

Every long-term investor is bound to suffer some losses during their tenure. However, sticking with your investment and not selling at the first sign of a price decrease should be enough to wether most temporary drops.

When looking at Bitcoin’s history, we can see that in its worst days, the crypto has suffered drops of as much as 50% over a period of two to three months. However, each time this has occurred, it has been due to major events in the crypto space, usually related to country-wide bans or restrictions.

It is important to note that each time such a drop has occurred, Bitcoin has been able to regain its value and stabilize at a good price. While each of these instances has definitely had a negative effect on the overall price of BTC, it has always been much less than the initial drop. Usually, the coin will stabilize at 70 to 80% of its price following such a drastic drop.

Again, it is important to remain calm and collected in such situations. This is true for any investment, regardless of the market you have decided to enter. The best way to mitigate losses from such steep decreases is to try and weather the storm. Additionally, these 50% drops in price are very rare for Bitcoin and have only occurred a handful of times in the crypto’s history. This means that you should expect potential losses closer to 20%.

Bitcoin’s Price Over The Last 5 Years

Best Platforms To Invest $100 In Bitcoin On

Etoro is a social network for investing that allows users to trade a variety of assets, including Bitcoin. The platform is a great platform for beginners because it’s easy to use and has a user-friendly interface. Plus, you can chat with other investors on the platform to get advice and learn more about the markets.

Investors on Etoro can trade Bitcoin and other cryptocurrencies as well as stocks, commodities, and currencies. Etoro offers a variety of features that make it a great platform for beginners, including:

One of the key features of eToro is its social trading functionality. This allows users to copy the trades of other successful investors on the platform.

Etoro also offers a demo account which is a great way for beginners to get started with investing without risking any real money. The platform also has a mobile app so you can trade on the go.

Coinbase is a digital asset exchange that allows users to buy and sell a wide variety of crypto assets, including Bitcoin. The platform also offers a wallet service, which is a secure place to store your Bitcoin. Coinbase is a great platform for investors who are new to Bitcoin because it’s easy to use and has a user-friendly interface. Coinbase is also working on an NFT marketplace, which means that it can be a great place to diversify your portfolio.

No one can predict with certainty what will happen if you invest in Bitcoin today, but judging by its past performance and the current trend, it is likely to be a very good investment. There are a number of platforms where you can buy Bitcoin, each with its own advantages and disadvantages. Whichever platform you choose, make sure that you do your research first so that you understand how it works. 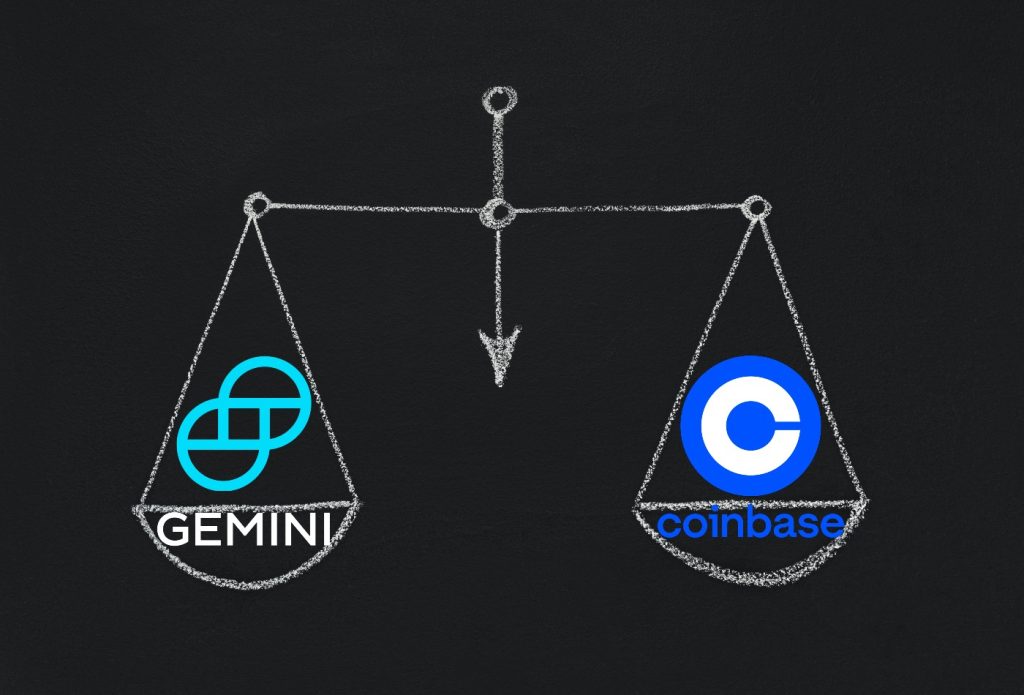 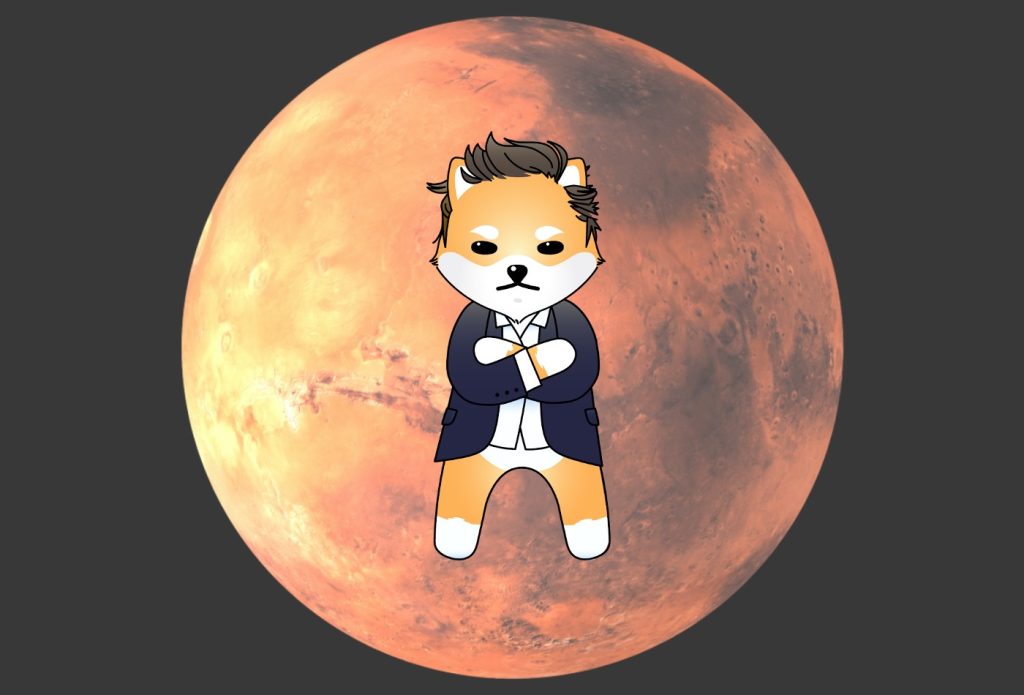