He is 4th on overall career points.

He was named NBA Most Valuable Player in 2008.

He holds numerous NBA records and is one of the most widely recognized NBA stars worldwide and I can keep on writing all day about his achievements, but that’s not the point.

Let’s take a minute and appreciate the man for who he was – a legend! 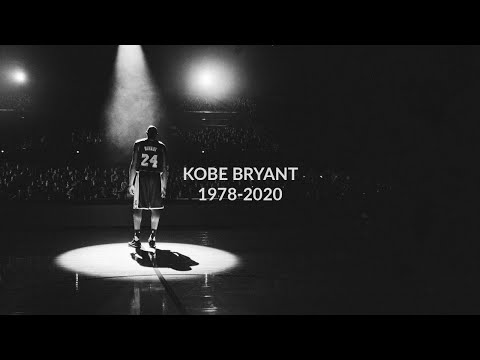 2. “One thing you gotta know about me is I have absolutely no filter. I have no problem saying what the hell I think of someone.” – Kobe Bryant

3. “The most important thing is to try and inspire people so that they can be great in whatever they want to do.” – Kobe Bryant

4. “I focus on one thing and one thing only – that’s trying to win as many championships as I can.” – Kobe Bryant

5. “I’m here. I’m not going anywhere. No matter what the injury – unless it’s completely debilitating – I’m going to be the same player I’ve always been. I’ll figure it out. I’ll make some tweaks, some changes, but I’m still coming.” – Kobe Bryant

6. “I have self-doubt. I have insecurity. I have fear of failure. I have nights when I show up at the arena and I’m like, ‘My back hurts, my feet hurt, my knees hurt. I don’t have it. I just want to chill.’ We all have self-doubt. You don’t deny it, but you also don’t capitulate to it. You embrace it.” – Kobe Bryant

8. “I’ve played with IVs before, during and after games. I’ve played with a broken hand, a sprained ankle, a torn shoulder, a fractured tooth, a severed lip, and a knee the size of a softball. I don’t miss 15 games because of a toe injury that everybody knows wasn’t that serious in the first place.” – Kobe Bryant

9. “The topic of leadership is a touchy one. A lot of leaders fail because they don’t have the bravery to touch that nerve or strike that chord. Throughout my years, I haven’t had that fear.” – Kobe Bryant

13. “Can I jump over two or three guys like I used to? No. Am I as fast as I used to be? No, but I still have the fundamentals and smarts. That’s what enables me to still be a dominant player. As a kid growing up, I never skipped steps. I always worked on fundamentals because I know athleticism is fleeting.” – Kobe Bryant

14. “I’ll do whatever it takes to win games, whether it’s sitting on a bench waving a towel, handing a cup of water to a teammate, or hitting the game-winning shot.” – Kobe Bryant

17. “I love going one-on-one with someone. That’s what I do. I’ve never lost. It’s a whole different game, just to have them right in front of you and be able to do whatever you want.” – Kobe Bryant

18. “I’m extremely willful to win, and I respond to challenges. Scoring titles and stuff like that… it sounds, well, I don’t care how it sounds – to me, scoring comes easy. It’s not a challenge to me to win the scoring title, because I know I can.” – Kobe Bryant

19. “Everything negative — pressure, challenges — is all an opportunity for me to rise.” – Kobe Bryant

21. “My parents are my backbone. Still are. They’re the only group that will support you if you score zero or you score 40.” – Kobe Bryant

22. “If you’re afraid to fail, then you’re probably going to fail.” – Kobe Bryant

23. “The most important thing is you must put everybody on notice that you’re here and you are for real. I’m not a player that is just going to come and go. I’m not a player that is going to make an All-Star team one time, two times. I’m here to be an all-time great. Once I made that commitment and said, ‘I want to be one of the greatest ever’, then the game became everything for me.” – Kobe Bryant Quotes

24. “There’s a choice that we have to make as people, as individuals. If you want to be great at something, there’s a choice you have to make. We all can be masters at our craft, but you have to make a choice. What I mean by that is, there are inherent sacrifices that come along with that. Family time, hanging out with friends, being a great friend, being a great son, nephew, whatever the case may be. There are sacrifices that come along with making that decision.” – Kobe Bryant

25. “Are you willing to push the right buttons even if it means being perceived as the villain? … I’d rather be perceived as a winner than a good teammate. I wish they both went hand in hand all the time but that’s just not reality. … I have nothing in common with lazy people who blame others for their lack of success.” – Kobe Bryant