This article was last updated on December 29, 2015

Life is tough and life isn’t kind to all of us. On a daily basis people lose their jobs, and their homes but still most of the times those who overcome the hard times when chasing their dreams are those who succeed.

10 Celebrities Who Were Homeless

1.Sylvester Stallone
Before becoming one of the most famous actors, before he was Rocky and Rambo…Sylvester Stallone had to sleep in a bus station for a few weeks, and he even had to shoot an adult movie to raise some money.
2.Halle Berry
Before becoming a famous actress Halle Berry became homeless. In 1989 Berry moved to New York City to pursue her acting ambitions, but she ran out of money, and she had to live in a homeless shelter.

3. Daniel Craig
Before becoming “James Bond”, Daniel Craig was young and struggling actor and he had to sleep on park benches. Even James Bond had hard times in his life guys!


5.Jennifer Lopez
Before she became J-Lo, she was just an 18 year old dancer with big dreams. She was so determined to succeed that she left her home, even though her mom wanted her to stay and go to college. To get by, she slept in the dance studio. In the end her perseverance paid off.
6. Charlie Chaplin
When he was young his father died and his mother suffered a mental breakdown, so he had to live in the streets of London, he had to suffer a lot before becoming a legend.

7. Steve Jobs
The legendary CEO and Co-Founder of Apple was homeless during his college years. He didn’t have a dorm room, so he used to sleep on the floor in friends. He used to return Coke bottles for the 5-cent deposits to buy food with, and he would walk seven miles across the town every Sunday night to get one good meal at the Hare Krishna temple.
8. Kurt Cobain
Before he became the famous frontman of “Nirvana”. He had to leave his home and he used to sleep over at friends houses. Also sometimes he was sleeping under a bridge in Aberdeen.
9. Tyler Perry
Tyler Perry risked everything when he rented a theatre to put on his show “I Know I’ve been Changed”.. Unfortunately the gamble did not pay off, and the show failed horribly. But Perry decided not to give up on the play, and started working all kind of jobs just to keep the show running. When he didn’t have the money to pay his rent, he slept on the streets.
10. Jim Carrey
The “Yes” man at the moment can afford all the luxuries he wants, but before becoming famous, he was forced to drop out of school to find a job at the age of 15, and he had to live in a VW van together with his family.

Suggest Readings:
50 Inspirational Quotes to Live By
Why You Need To Man Up And Chase Your Dreams
43 Awesome Rare Quotes to Kick You in The Ass
How to Stay Motivated – All the time 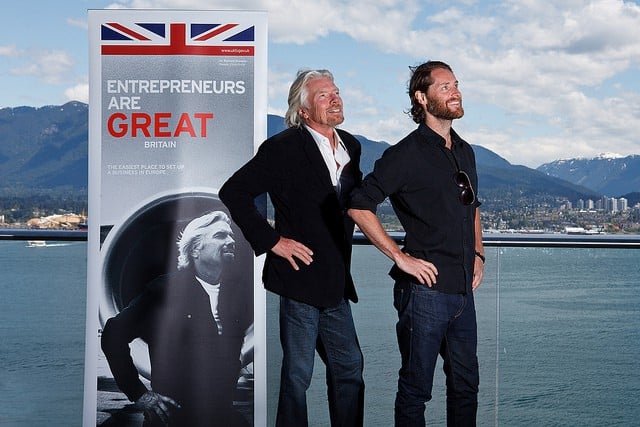