Every month I publish a new motivational video on our YouTube channel. This month I did something a little bit different – I decided to do a video that’s more inspirational, and not so motivational. The speech was written by my friend Eddie Pinero from YourWorldWithin and the feedback has been amazing. I hope you will enjoy this video as much as I did while creating it!

This Motivational Video Will Give You The Chills 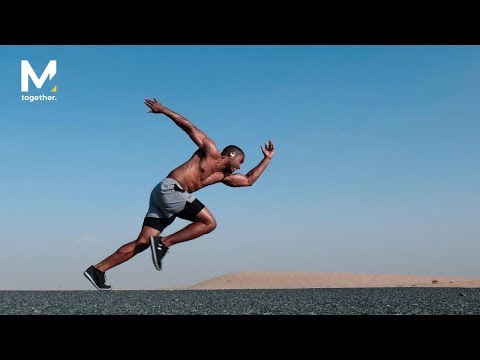 Transcript of the video:

There is something about the way we perceive success that results in one of the greatest tragedies of our time.

And that’s the belief that successful people (the ones at the top of their game) That talent is what punched their ticket…that destiny is what brought them to the finish line.

And that’s wrong…its wrong because it takes the journey, it takes the struggle, the scratching and clawing that it takes to get to the top of the mountain and throws it out the window…it completely mitigates what’s most important In the real world, the one we are living in…it doesn’t matter who you are, you are never entitled to a result….victory is a product of the fight.

And the biggest favor you can ever do for yourself…as you progress through life’s ups and downs, through the good and the bad, through rough times…is know that you are going what every successful person, every champion, every innovator has gone through in the history of mankind.

Struggle is perfection in progress ….its a sign…that you are in the midst of what separates the great from average…it’s a necessary step It’s the most important step you will ever take…because 99 percent of people can’t see past it.

The world sees struggle/hardship as a time to pack it up, to walk away, to be intimidated…. But the best….I’m telling you…they look at struggle differently… Just like you can’t get fit without the blood, sweat, and tears at the gym…you cant make deals without the hustle…you cant make things happen if you don’t move forward in the face of adversity…when the word “no” is staring into your eyes….

It’s part of the process…winners walk on From Lincoln, to Jordan, to Oprah…we’ve heard the stories, but we’re often hesitant to implement the work ethic…the winning formula…it doesn’t change. And it never will….

But part of that is not being afraid to fail…not being scared of rejection…we want it …bring it on…. allow each attempt…any small failure that comes your way to stack up…so that you can stand on them and reach levels of success that simply were not there a year ago…2 years ago..

We didn’t decide to put a human on the moon and expect it to happen the following Tuesday…excellence take time…achievements take patience…learning…re-assessing It’s a pursuit that must be tenacious….where getting knocked down isn’t a detriment…it’s a blessing…because its refining our approach…we want that …we need it…

Overshooting your potential will never be a problem because if you want it bad enough you will stretch yourself…you will find a way…. Its aiming low that kills us…that destroys greatness at its roots…because we kill it before we even give it a chance to grow…and the safe road holds no victories…only regrets You can ask me 100 times and I will answer the same way every single time…

I will always trade discomfort now for victory later. It may seem like a lot to ask..it may appear tough….but trust…the price is much steeper to sit back and let life go by…to wish we turned our opportunity into something real So your questions…your anxiety….should never revolve around whether or not you’ll be comfortable…because if you want something bad enough…you know that being uncomfortable is an ingredient.

Your question should be whether you are giving enough, whether that person next to you…who wants the same thing you want, by the way…will be able to give the effort that you can….will be able to man up and make the sacrifice that you have If you want to be the best…your mindset needs to reflect that….you need to think differently than ordinary people…

Let others focus on the tip of the iceberg….you know excellence lies in everything underneath the surface…in what cannot be seen…. That’s your goldmine That’s your ticket So take mediocrity and make it excellence.

Take what’s yours and hold it up for the world to see Because what hurts now, in the present, is the very same thing that will transform your life down the road.

Would you like to see more of my work? Head out to my Youtube channel now and don’t forget to subscribe, because new amazing videos are coming every month!