Gold has long been used as a store of value and a standard for determining value. In fact, throughout their history, most countries have used the precious metal as a form of currency in one form or another. As such, gold is widely regarded as a safe and reliable investment. However, investing in gold is not limited to buying the commodity itself. A whole industry has formed around this precious metal, spawning numerous companies. The success and value of these are closely related to that of gold itself, making them great ways to diversify your portfolio while still remaining in the same field. We have put together a list of the best gold penny stocks to help you expand your portfolio.

What Are Gold Penny Stocks

While the gold trade is a market in and of itself, there is a much larger industry surrounding the precious commodity. This includes numerous companies engaged in mining, production, sale, research, sale, and other gold-related activities.

Since gold is such a costly commodity when it comes to both production and acquisition, most of these are large-scale operations with millions in backing. Many are also parts of larger global conglomerates that engage in multiple industries. In order to fund their needs, many will opt to become publicly listed corporations. If successful, their shares can become incredibly valuable.

However, there are also relatively smaller operations or start-ups even in the gold-production industry. Just like their larger counterparts, many of these companies are publicly listed. However, in contrast to larger corporations, their shares are often much more affordable.

As such, many of them can be classified as gold penny stocks with a price of less than $5 per share.

While investing in penny stocks might sound like an easy thing, finding a promising and profitable company can be as tough as striking gold. As a result, we have put together a list of the best nuggets when it comes to gold penny stocks. These are all promising corporations that have a strong presence in the industry.

Harmony Gold Mining is the largest gold mining operation in South Africa. The company has 13 mines in total. Nine of these are underground ones, while one is an open pit. The rest are aboveground operations. Apart from South Africa, Harmony also has a presence in Papua New Guinea. However, that is only limited to one operation.

Although barely qualifying as a gold penny stock, Harmony is currently at $3.20 per share. This price might not stick for too long, however, as the stock has been on an upward trend for the past six months, and Harmony has already broken the $5 mark several times. Now might be just the time to get in on this gold mining operation at a discount.

Calibre is another gold producer that spans several countries. Headquartered in Canada, the company runs operations in both North and South America. Locations include mines in Nicaragua, as well as the state of Nevada in the US.

The latter of these came as part of a deal Calibre made to acquire Fiore Gold through a stock and cash transaction. This further diversified Calibre’s portfolio of operations and gave it a presence in the United States. Share prices jumped by 16% on January 12 2022, following the announcement of the finalized deal.

GORO is a prominent US gold mining company with operations in the US and Mexico. Specializing in gold and silver production, Gold Resource’s main site is the Don David Gold Mine mine, located near Oaxaca, Mexico. However, the company is currently working on expanding its Back Forty Project in the state of Michigan.

While GORO’s price is currently nowhere near its historical all-time high of nearly $30 per share, it does not mean that the company has no promise. Many analysts and industry experts believe that the stock is currently undervalued and is bound for a surge.

Apart from its expected rise in value, GORO stock also pays out dividends to shareholders. This is a great added bonus that not many gold penny stocks offer. The company has had little trouble paying this out to its stakeholders and has distributed more than $113 million to date. However, the dividend offers a return of 1.41%, which is not all that high in comparison with industry standards. Do keep in mind that this is not the main reason to invest in GORO, as that would be the growth potential.

Paramount is a bit riskier option when it comes to investing in gold penny stocks. While its price is much lower than the rest, standing below the $1 mark, it comes with significantly more uncertainties. Currently, the company has two main projects. The first is the Sleeper mine in Nevada. This has been owned by Paramount since 2019 and is used to search and extract any remaining gold deposits.

Meanwhile, the company’s second significant project is located in the Grassy Mountain area in Oregon. Here, Paramount owns a number of mining claims and is the sole operator in the region. While these are only claims at the moment, Paramount does hold all the necessary rights and is expected to begin operations within the near future. This is quite significant as it would be the first mining operation in Oregon since the 1990s.

As such, Paramount has plenty of growth potential for both the near and distant future. It is definitely a high-risk, high-reward gold penny stock that is worth checking out.

Avino is a Canadian mining company that currently extracts gold, silver, and copper. Based in Toronto, the company has a number of operations across North and South America. Of these, two are gold mines located in Mexico. The first is the San Gonzalo mine, which officially reached the end of its active extraction in the fourth quarter of 2019. Currently, Avino only maintains exploratory operations at the site.

Meanwhile, the Avino mine produces gold and copper and is located near the San Gonzalo site. This mine is Avino’s main source of gold and accounted for 1,125 ounces in the third quarter of 2021.

ASM has been able to maintain its operations throughout the COVID-19 pandemic and even reported increases in both production and revenue. According to the company’s term sheets, liabilities were also reduced, which further strengthens Avino’s position. This is no small feat, particularly because the pandemic has had a significant effect on the mining industry.

Where To Buy Gold Penny Stocks

Interactive Brokers is one of the oldest and most highly regarded online brokers in the industry. The company has been active since the ’80s and has been an industry leader ever since. Today, IB is the go-to choice for professionals and retail investors alike. It offers an extensive toolset and professional-grade services. It also gives its users access to stocks, options, futures, EFPs, futures options, forex, bonds, and funds. This includes over the top markets, which is great for investing in penny stocks as many of them are not listed on major exchanges.

However, this premium service does come at a premium price. Many of the features on the platform require a separate payment. For example, in order to get real-time market data, you will need to pay a monthly fee for each stock exchange or market you subscribe to. Additionally, there are all of the standard fees and commissions that old-school brokers charge. Finally, the IB platform can be a bit overwhelming at times. This is especially true when it comes to beginners who are just starting out.

TD Ameritrade is is another well-established online brokers, preferred by professionals and retail investors alike. This platform, however, is mostly limited to the US and a handful of other countries. As such, fewer users will be able to take advantage of its numerous features and advantages.

For those who can access the platform will be able to trade on major stock exchanges, the foreign exchange market, crypto markets, and more. The platform also offers access to the OTCBB which is great for those looking to invest in cannabis penny stocks, as most of these are listed on that market.

While TD Ameritrade’s platform is highly professional and rich in tools and features, it is not difficult to use. This is thanks to the company’s commitment to education and wide accessibility. By combining an extensive educational section with a simple design for various tools, TD Ameritrade has become the platform of choice for both seasoned and beginner investors.

Investing in gold can be a bit tricky at times. While it might seem like a no-brainer, the gold mining and production industry is actually very complex. Doubly so because of the limited interest and knowledge of the general public when it comes to the subject matter. As such, you should always make sure to do your research and really make sure that you understand the company’s position and future feasibility.

However, when done right, investing in the gold industry can be highly lucrative and can really bolster your portfolio. It is also a great way of diversifying investments in the commodity while still remaining relatively close to the same market. 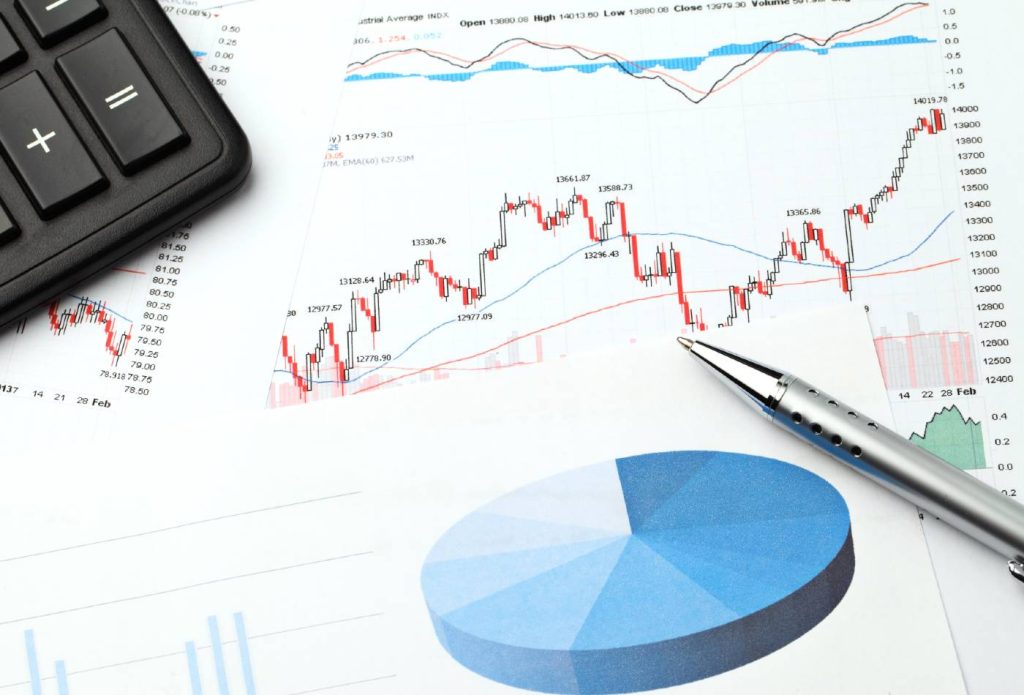