Some say success happens to those that work hardest, which is true. But almost all of those who have reached their dreams have had mentors who influenced them every step of the way — influencers who make motivation their life’s work.

Top 20 Motivational Influencers In The World

Sean Russell has created the ultimate blog for men looking to improve their lives in Menprovement.com. From advice about sex and dating to finances and working out, Russell has built a male self-help empire. Be sure to check out Russell’s workshops and coaching academy if you really want to up your game.

Australian entrepreneur Joel Brown turned down a $1 million website buyout and worked hard for his success, which is evident on Addicted2Success.com — a comprehensive website for all things motivational and uplifting.

When Newlands arrived in the US from his native England, he was declared an “Alien of extraordinary ability,” and it is clear from his monumental success as an entrepreneur, author, motivational speaker, investor, and business advisor that Newlands is someone from whom to take advice. Check out his YouTube channel and blog for your daily motivational needs.

Young self-help savant Dan Western travels the world, writing from his laptop, spurned from a lost love that kick-started his life into self-improvement and development. Though his site, Wealthygorilla.com, is for entrepreneurs and businesses, his motivational style can benefit anyone.

Youngest but Top Female Motivational Speaker to date, Ashley Zahabian has packed up a huge wallop with her blog, YouTube channel and keynote speaking with stars such as Gary Vaynerchuk at just 21 years old. After overcoming a long, excruciating illness and 4 years of hospitalizations, Ashley is determined to bring the best possible life while bringing others along with her.

Founder of one of the leading personal development websites in the world – MotivationGrid.com. His YouTube channel is one of the biggest motivational channels in existence for people who want more for themselves, from all walks of life and all corners of the earth.

According to Grant Cardone, “You don’t need buddies, you need winners.” If you want to surround yourself with successful people, start with Cardone and his business blog: as a NYT bestselling author, owner of 4 businesses that do almost $100 million in sales annually, and a regular commentator on CSNBC, Fox News, MSNBC, and more, Cardone’s success will surely motivate you.

Absolute Motivation has created some of the most popular motivational videos on the web with millions upon millions of views, and it’s easy to see why. Follow Navid’s creation for a brilliant boost that you won’t regret.

7th grade teacher Jeff Moore realized that his students — and others around him — didn’t have a go-to source of empowering information. He set out to create that source, and founded Everydaypowerblog.com, dedicated to helping everyone realize their own potential for greatness.

He’s broken two world records, sold his first business at 19 years old, and his goal is to help one billion entrepreneurs: if Evan Carmichael can’t help you, no one can. Check out his blog for entrepreneurial help like you’ve never experienced.

Make a difference, do what you love, and surround yourself with amazing people: that’s Brendan Baker’s formula for happiness, created after he quit his six-figure job to help others build a life around their passion. Baker’s website, startsofhappiness.com has tons of resources and tools to help you start your best life, now.

This renowned author has one goal — to help everyone learn how to “lead without a title.” He’s sold millions of books and is redefining what it means to be a leader for huge companies around the world; and now you can learn too, on his website: robinsharma.com.

Thomas, an educator and pastor, draws on his own difficulties in life and his desire for community transformation for his videos and podcasts that speak to those struggles we all endure. Also an author and entrepreneur, “ET” drops some serious knowledge at etinspires.com.

Gary Vee is the epitome of the entrepreneurial hustler: he builds businesses and wants to help you do the same. Subscribe to his weekly email and watch your life change.

There are some amazing people on this list, but none as young as Caleb Maddix, an author and CEO just at 14 years old. This motivational speaker and author of Keys To Success For Kids is just getting started and he’s already raising the bar with his motivational videos.

If you’re a young person who cannot fathom working at a desk, Daniel DiPiazza is the guru for you. His website, Rich20Something.com, has all the information you might want for starting your own businesses and exiting the rat race, no matter your age.

Of the many entrepreneurs and leaders on this list, Chris Duncan is the only one who teaches others how to do what he does: teach others how to build a business that will give them complete and total freedom over their own time and effort. Check out the free tools he has on his website here.

There is arguably no one who has spent more time studying personal development than Darren Hardy, editor and publisher for Success Magazine for over ten years, and executive producer of SuccessTV. He lives and breathes success; find out how at DarrenHardy.com.

Known as the Millennial Mentor, Gerard Adams is a multi-millionaire giving back to the world through his podcast, blog, and website. More than anything, he wants other entrepreneurs and leaders to know that success without “leaders making leaders” is, to him, meaningless.

Wildly popular Tim Ferriss is the author of The Four Hour Work Week, a NYT #1 bestseller, as well as three other self-help books, a very highly regarded podcast and countless other social media offerings that have garnered him a huge following. Check him out at Fourhourworkweek.com.

Irreverent entrepreneur Andy Frisella is less interested in keeping up appearances than he is giving a leg up to achieve the same success that he has. Read more about how he made his millions and how you can do the same here. 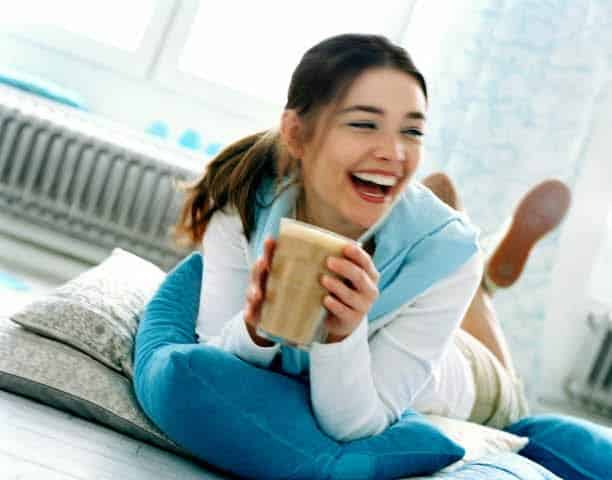 About the author: Stefanie Docheva was previously an author of MotivationGrid. As a journalism graduate from Kingston University London and an avid blogging enthusiast, she regularly publishes articles about motivation, lifestyle, and relationships.
Scroll to Top
[class^="wpforms-"]
[class^="wpforms-"]