This article was last updated on September 5, 2017

The success and failure of a corporation, agenda or goal depends entirely on the leadership. They can make themselves a hero and mark themselves in the glory of history books or they can live long enough to see themselves become a villain. There are many competitive advantages which a company can have, but great leadership is something which cannot be duplicated. Great leaders motivate us, spark us, ignite us, and push us – to go places which defy all assumptions.

How Great Leaders Inspire Action by Perception, Beliefs and Motivation

The golden circle of inspiration

If we analyze all the great leaders that history has ever produced and the lessons learned in life we can clearly see that they follow a simple pattern. Some people refer to this pattern as the golden circle and it answers three simple questions. Why? How? What? The way a leader respond to these questions would define if a leader would be able to inspire action or not.

There are plenty of books and articles written on how to motivate people, but a human black box is something which cannot be decoded that easily. Some motivation factors work for one set of people, other don’t. Motivation factors might influence people to do their job but as soon that motivation factor diminishes, the actions are gone. Great leaders on the other hand aspire action by giving them a meaning and a purpose. They give them something to be associated to, to be proud about. They tell them the reason of their existence and how their part would matter to the world.

A great leader makes sure that his followers realize and understand the “why” behind his actions. If their why is a paycheck, then your followers are just not into you. Th why pushes a person forwards, the why gives you motivation when the seas are rough and the why helps you move ahead of competition. It’s never about the product, the result, the money or the fame. It’s always about the why. And that’s what distinguishes a great leader from a good leader.

There is a significant position which an inspiring leader holds, a position of authority and power. He can use that power to get things done, but he doesn’t. That is because he doesn’t need to. People follow him not because they are bound to, but because they want to. So how does a leader inspire action among his people, he does so by recognizing what motivates his people, leading by action and creating a strong positive culture.

There are certain things which leaders do which have a huge impact on the peoples’ perception of them. A person may perceive his leader favorably or not, in various scenarios such as; if he cares for them, if he listens to them, if he is empathetic or sympathetic or if he leads by example or not.  If a person starts believing that his leader is giving out the clear message that “you are not important to me,” then guess what – the agenda, the vision or the company are not going to be important to them as well.

Great leaders inspire action by improving the perception of their followers by:

It is true that success is directly proportional to actions, but how does an action start? It starts with one simple yet critical element: belief. Great leaders believe in themselves, in their ideas, in their persistence and in other people. Their beliefs inspire actions and that’s what makes them unique. You don’t have to go around telling people about what needs to be done and what actions need to be taken. Rather, you just have to tell people about your beliefs and people who believe what you belief would associate themselves to the cause and they would make it their own.

You never need numbers. Rather, you need connections. You need to believe in yourself first, before you go around inspiring people. So, forget about quantity and focus on quality. You forget about receiving and focus on giving. Only then, you will be able to create an everlasting bond and relationship. If you are there when they need you, they would be there when you need them. And how do great leaders inspire action by cultivating those beliefs, they do it by:

Motivation is a great thing if you need to get something done, but it is entirely different form inspiration. Surely, people work hard when they are motivated, but they will work harder if they are inspired. Some people might think that motivation and inspiration are the same things. But that’s wrong. For example, I work hard so that I get praised, I work so that I get my paycheck. This is motivation as I am not inspired by the things I do at work. I am inspired by the things I do in my free time, for example, I am inspired when I write this article and I am inspired when I help people.

Motivations makes sure that a job is completed, inspiration makes sure it gets done in an effective way. The results however are completely different. Inspiration is the springboard for creativity as it facilitates progress towards goals. Great leaders provide inspiration to the people so that they do what they are doing in a way that effects them, the community and the world at large. It makes them see the bigger picture, rather than focusing on a single goal because they are filled with a belief that their ideas have a bigger impact. Motivation doesn’t create new ideas and adventure, inspiration does.

And in order to achieve greatness and success, a great leader inspire action by following these five traits:

Steve Jobs, Bill Gates are quintessential example of inspiring leaders and I believe as well that they must have checked these boxes as well.

If you look around yourself, you would realize that there a lot of leaders who emphasize on what they are doing – the product, the features, the benefits etc. When they run out of things, they hire marketers who focus providing information about how a product/service/ agenda would increase their sales, make them profitable, make them happy etc. Most of them tend to ignore the why aspect. Great leaders always focus on the why effect if they need to inspire action. People are moved by the “why-aspect”. Histories are made when people understand it. So the next time you plan on making a difference, you need to create a competitive advantage by inspiring people with the WHY of your existence. 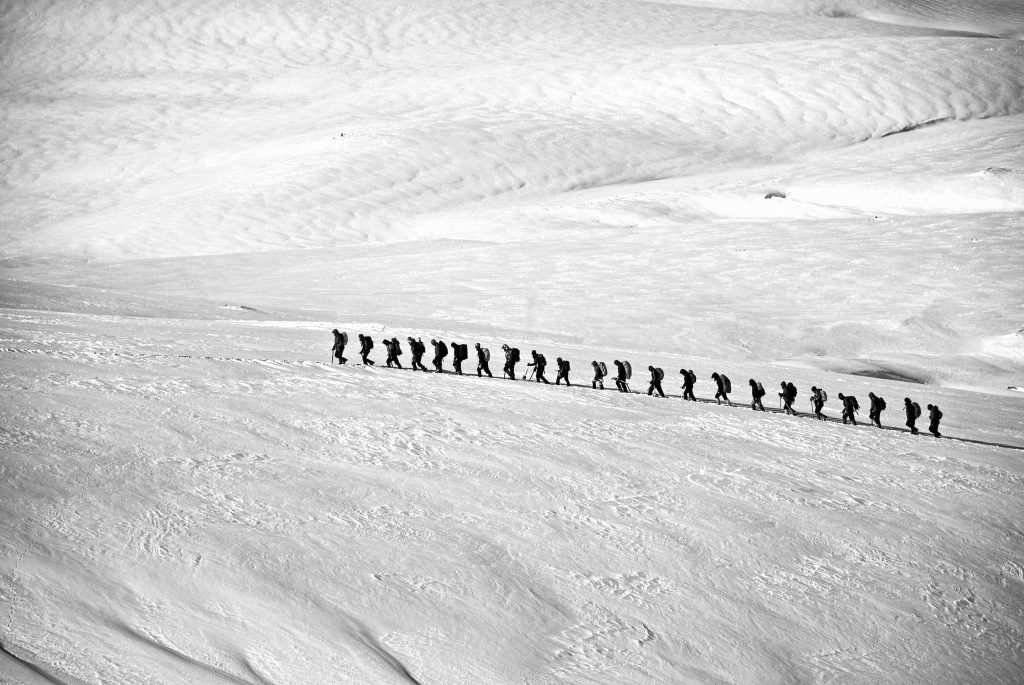 David is a developer and a designer at Logo Glaze where he creates custom logo design for his clients. He is a graphic designer by profession but he is a writer by nature. He is a mentor of many and has an experience of more than a decade. He loves helping people to achieve their dreams.
Scroll to Top
[class^="wpforms-"]
[class^="wpforms-"]