You’ve probably read a lot of morning routine posts by now. They all tell you to do the same things: wake up earlier, don’t look at screens, make to-do lists. What they don’t tell you is how to change your behavior to establish a new morning routine, and why those new habits are going to help you succeed.

Here are five strategies you can adopt for establishing a more productive morning routine, and the most effective ways to carry them out that will set you up for success in forming better habits and accomplishing more throughout the day.

While there is no best or worst time of day to go to bed at night or wake up in the morning, paying attention to when you go to sleep and when you rise is important for establishing a more productive morning routine. Putting yourself on a strict sleep-wake schedule will change, and likely improve, the way you get to sleep and wake again.

The reason this strategy is effective has more to do with your thought process than it does your physical reaction. Habits work because, in engaging with a familiar activity on a regular basis, you come to anticipate and plan for carrying it out. If you wake up at the same time every day, you’re much less likely to hit the snooze button and wake up late.

Going to bed at the same time every night is tricky, and at first, it will seem impossible. When that time approaches, you might not feel tired, or you might be in the middle of watching or reading something. The best thing you can do, especially early on, is to step away from all screens and electronics an hour before you plan on going to sleep. Without that extra stimulation, you might find you’re more tired than you thought.

Set your alarm for the same time every single day, even on weekends. Save sleeping in as a luxury for vacations: you don’t need it as much as you think you do. The more days in a row you do this, the easier it will eventually become to get out of bed when the alarm starts going off. Once you’re out of bed, things get even easier from there.

A major barrier to establishing a more productive morning routine is struggling to wake up—not just getting out of bed, but waking up mentally as well. Many people find themselves dependant on their snooze buttons because they have yet to figure out a way to wake up enough to feel energized and motivated before they start working.

This has nothing to do with the time of day or even really the quality of the sleep you get the night before, at least initially. Being tired is normal, to some degree. Combat that with finding a new habit that helps you wake up, both physically and mentally, and gets you moving before you actually have to interact with other humans and use your brain.

It doesn’t matter if it’s drinking a giant mug of coffee or taking a cold shower or swimming 20 quick laps at the fitness center at 6 a.m. before you head to work. The last thing you want is to leave for work, or whatever the first activity of your day happens to be, still feeling sluggish and groggy.

If you’re not a coffee person, don’t feel like you have to drink coffee just to wake up. If showering and/or working out in the morning just isn’t your thing, then it just isn’t your thing. What’s important is that you test out and adopt a waking-up method that works best for you and your schedule.

You might already be rolling your eyes at this one, but hear this: breakfast probably doesn’t mean what you think it does. When you think breakfast, you probably picture what you might order at a restaurant: pancakes with syrup, scrambled eggs with sausage, hash browns and fruit … that’s great for special occasions, but you don’t need to eat like that to reap the benefits of a healthy breakfast.

The real reason everyone tells you to eat breakfast in the morning is that it gives you energy and helps you focus. You might not need breakfast, and if you’re still fully functional in the morning without it, that’s fine. But for those who find it hard to concentrate in the morning or feel they could be more productive, it might help to give a small breakfast a go for a week or two and see how it plays out.

Try to eat a reasonable combination of carbohydrates and protein to give you sustainable energy that will keep you awake and motivated throughout the morning. For example, instead of grabbing a protein bar on your way out the door, do your best to make time for something like oatmeal with fruit, yogurt and granola or a few pieces of toast with peanut butter or avocado on top.

If you’re not a big breakfast person or you really don’t have the time to make something to sit down and eat, throw a few things together the night before to grab and go in the morning to eat at your desk or in the car. Making your own simple breakfast sandwich takes less than 10 minutes, and you can warm it up before heading out the door and eat it on the way if you have to.

When establishing new habits for a more productive morning routine, there’s another big mistake you might be tempted to make, and that’s doing something a certain way because someone else does it. Don’t wake up at 4 a.m. because you read that it might be effective for getting more done. Don’t eat a certain breakfast or perform a certain workout routine because it’s “proven” to work.

What works for the CEO of your all-time favorite brand, honestly, probably won’t work for you. The downside to discussing “the best” morning routines is that it gives off the impression that there’s only one right way to do it. In reality, there is only one right way, but it’s your right way. Experiment, figure out what works and stick with it.

Changing your behavior becomes a lot easier once you realize you don’t have to make multiple drastic lifestyle changes all at once. This is one of the biggest and most harmful misconceptions about forming new habits. Trying to make multiple big changes at one time is hard, overwhelming and potentially discouraging. You have to start small, and work your way up.

Start by focusing on your sleeping habits. See how those help your energy levels and productivity for the first few weeks, then slowly move on to focusing on making other changes as those become habits. It needs to be gradual. Doing it this way, however, will make it not only easier, but will make you more successful in the long run, too.

With patience and perseverance, you will figure out what works for you, and you will be glad you did. 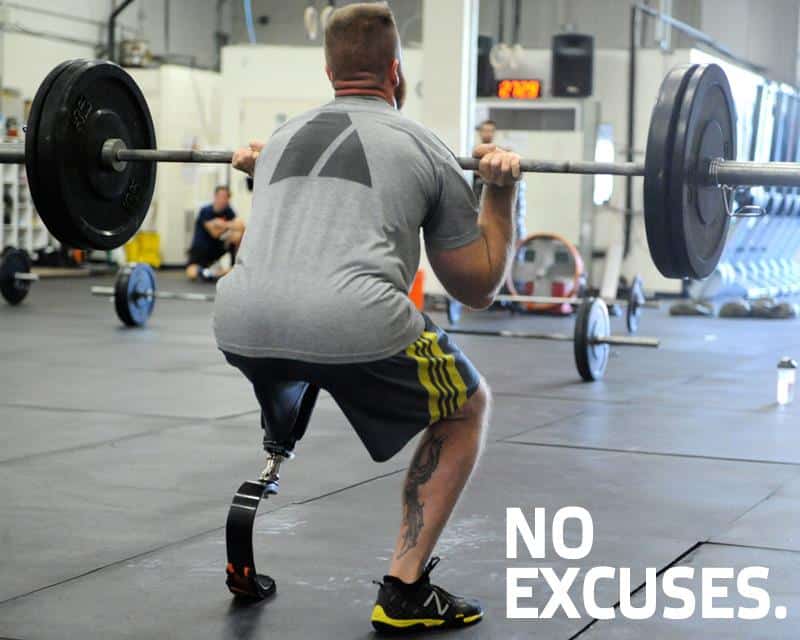