There’s really no well-worded intro needed. He is who he is.

Nearly 40 years after his final fight, Muhammad Ali arguably remained — all the way up until his death at 74 last June — the most recognizable face on the planet.

We all know the story. The Greatest heavyweight of all time, Ali captured an unprecedented three undisputed heavyweight championships, beat the US government by KO, ruled boxing for over 20 years and became the most popular man alive.

One of the most prominent practitioners of auto-suggestion of all time, Ali wasn’t just motivational outside the ring, but a killer inside it with unparalleled mental toughness.
“If you look at him,” Mike Tyson said in a 2012 interview, “He’s average. He’s fast, but he doesn’t really have any great quality besides his agility. He never threw a body punch in his life. He doesn’t have great defense.

“But Ali is a fucking animal. He looks more like a model than a fighter but what he is is a Tyrannosaurus Rex with a pretty face. He’s just mean and evil. He would take you into deep waters and drown you. … Even if he’s dying.”

From preparation to self belief, here are 17 epic quotes from Muhammad Ali ‘The Greatest’ himself.

“If they can make penicillin out of moldy bread, they can sure make something out of you.”

“It isn’t the mountains ahead to climb that wear you out; it’s the pebble in your shoe.”

“If my mind can conceive it, and my heart can believe it—then I can achieve it.”

“Turning my back on Malcolm X was one of the mistakes I regret most in my life. I wish I’d been able to tell Malcolm I was sorry.”

“The Nation Of Islam taught that white people are devils. I don’t believe that now; in fact, I never really believed that.”

“At home I am a nice guy: but I don’t want the world to know. Humble people, I’ve found, don’t get very far.”

“I’ve wrestled with alligators; I’ve tussled with a whale; I done handcuffed lightning; and throw thunder in jail.”

“The will must be stronger than the skill.”

“You kill my dog, you better hide your cat.”

“If you even dream of beating me you’d better wake up and apologize.”

“He who is not courageous enough to take risks will accomplish nothing in life.”

“I hated every minute of training, but I said, ‘Don’t quit. Suffer now and live the rest of your life as a champion.’”

“A man who has no imagination has no wings.”

“Hating people because of their color is wrong. And it doesn’t matter which color does the hating. It’s just plain wrong.”

What is your favorite Muhammad Ali quotes? Let us know in the comments below. In the meantime, you can watch a video comparison we did between Muhammad Ali and Conor McGregor. 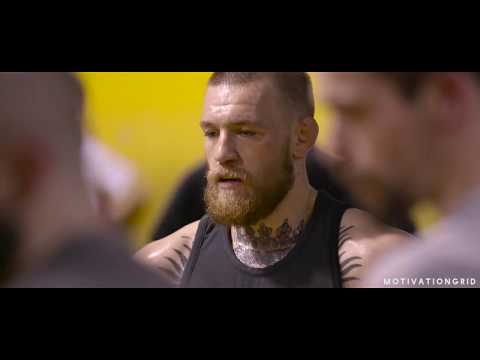